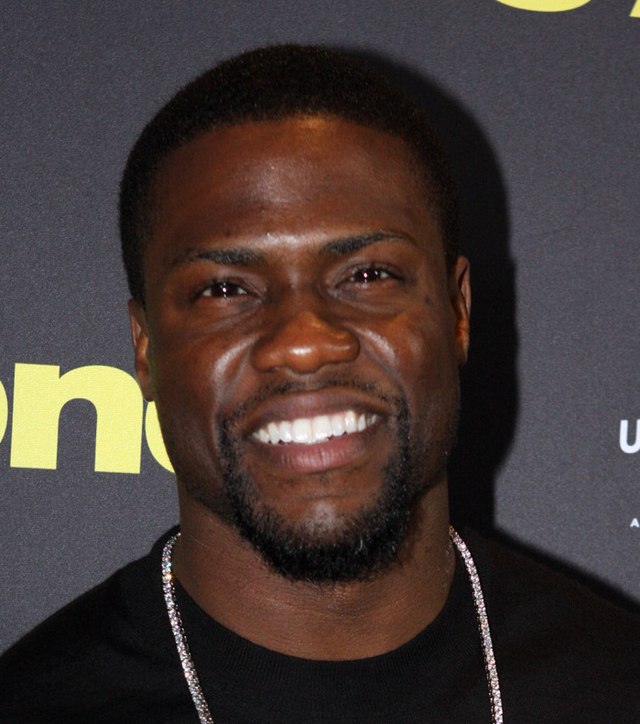 Have you ever wondered what the net worth of Kevin Hart is? One of the most famous comedians in the world has accrued quite a fortune. From stand-up shows, Netflix specials, and a movie career, Kevin Hart is one of the richest comedians in the world. As of June 2022, The Philadelphia comedian, actor, and producer has a net worth of $200 Million. This post will reveal exactly how Hart amassed his wealth.

Hart, who was born on July 6, 1976, in Philadelphia, had a tumultuous childhood. Hart had to navigate the struggles of an inner-city childhood without a father in a single-parent household led by his mother, Nancy. His mother was a professor at the University of Pennsylvania, and his father, Henry Witherspoon, was a cocaine addict who spent a lot of time in prison. As a result, Hart has stated that he began using comedy as a way to cope with his family situation when he was younger.  Hart’s mother passed away from cancer in 2007, and he has since repaired his relationship with his father. Hart went to Philadelphia’s George Washington High School. Hart left Philadelphia after graduating and a brief stint in community college. Then, before embarking on his comedy career, he found short-term roles in Massachusetts and New York City.

Kevin Hart’s comedic career did not get off to a good start. After performing at an amateur club in Philadelphia, Hart decided to pursue comedy. Hart faced a lot of rejection early on (which is common in this business) and was booed off the stage several times. Hart, formerly known as “Lil Kev,” wasn’t sure if he’d made the right career choice. Lucien Hold, one of his idols, even advised him that comedy wasn’t for him. Hold was the club booker at The Comic Strip, a legendary New York City comedy club, and was known for spotting comedic talent. Hart’s early failure was due to the fact that he had yet to develop his own comedic style and was imitating other comedians. He found success after figuring out his delivery style and honing in on telling his life stories. He has since become well-known for his ability to tell stories.

Between 2009 and 2013, Hart continued to perform in comedy clubs, and his first four comedy tours took place. Hart gained notoriety after earning more than $20 million in his last two years, and he quickly became one of the highest-paid comedians. “I’m a Grown Little Man,” “Seriously Funny,” “Laugh at My Pain,” and “Let Me Explain” were his first tours.

The release of a special performance of Hart’s “What Now?” tour in theatres was announced in July 2015. On August 30, 2015, a live performance at Lincoln Financial Field, home of the NFL Philadelphia Eagles, drew a crowd of 53,000 people. While Hart’s comedic career hasn’t been the most lucrative in recent years, it has been the catalyst for his growing influence and brand in other areas of his career. His earnings skyrocketed as a result of his success, which led to more opportunities to appear on the big screen.

His opportunities in higher-budget films grew as he established himself as one of the industry’s top comedians. He starred in the box office successes “Think Like a Man” (2012) and “Think Like a Man 2.” In 2014, he landed his first lead role in Ice Cube’s “Ride Along.” Following the success of the first film, a sequel was released in 2016.

Hart rose to prominence after starring in films with fellow A-Lister Dwayne “The Rock” Johnson, beginning with “Central Intelligence” in 2016. After co-starring in “Jumanji: Welcome to the Jungle” in 2016, they reunited in 2017 to star in the remake of the popular film. Hart’s roles have gotten bigger in terms of budget, expectations, and the celebrity of his co-stars. As a result, his annual film earnings are in the tens of millions.

Hart knows how difficult it is to overcome rejection early in one’s career. As a result, he founded Laugh Out Loud (LOL) Productions in 2017 with the goal of investing in and identifying talented comedians of all races. In order to expand LOL, Hart has created YouTube shows and partnered with companies like Sirius XM, Roku, and Peacock.

The content of LOL has won numerous awards, including Critic’s Choice Awards, Producer’s Guild Awards, and others.

Hart has been able to develop a number of lucrative partnerships with well-known brands in addition to his comedy and film careers. Hart, for example, is the face of Fabletics Men, an activewear clothing brand owned by TechStyle Fashion Group, in addition to being an investor in the company. Hart has also worked as a Brand Ambassador for Chase Bank, appearing in several commercials for the company. While the value of these partnership agreements has not been disclosed, one can assume that they are extremely profitable for Hart!

Kevin Hart’s net worth has grown to $200 million as of June 2022. As one of the highest-paid comedians/entertainers in the world, Hart has consistently earned over $50 million per year since 2017. His earnings are primarily derived from his long list of box office successes, as well as consistent income from his Netflix comedy specials.