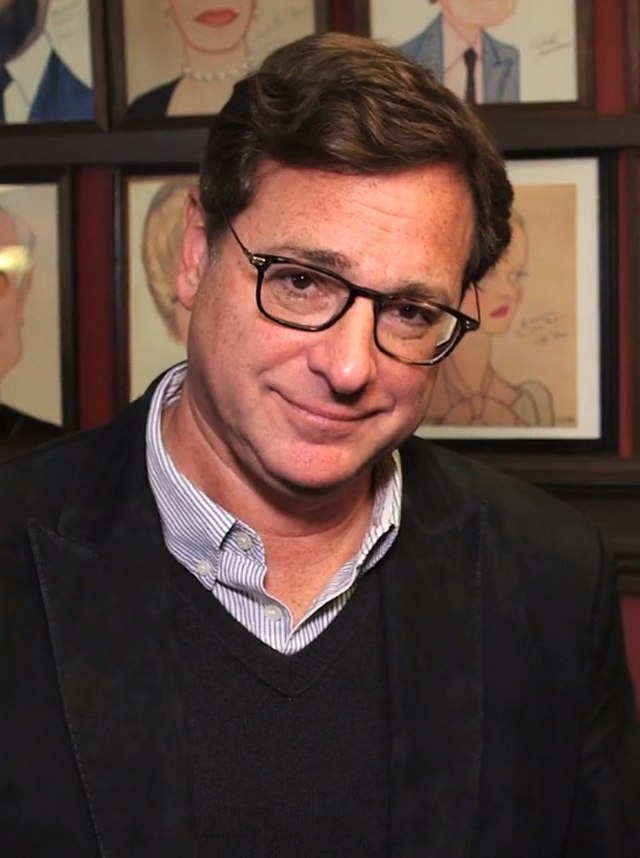 Bob Saget net worth included his salary as Danny Tanner in Full House and Fuller House, as well as his voice as the narrator in How I Met Your Mother. Saget, whose full name was Robert Lane Saget, was born to a Jewish family in Philadelphia, Pennsylvania, on May 17, 1956. His mother was a hospital administrator, and his father was a supermarket executive. Saget spent his childhood in Encino, California, before returning to Philadelphia with his family. He went to Abington Senior High School in Philadelphia, where his English teacher saw his creative potential and encouraged him to pursue a career in film.  Saget followed his teacher’s advice and enrolled at Temple University to study film after graduating from high school in 1975. Saget earned a Bachelor of Arts degree in 1978 before briefly continuing his education at the University of Southern California; however, after only a few days of graduate school, he dropped out to pursue comedy full-time. While Saget began his career as a stand-up comedian, it wasn’t until he turned his attention to television that his career truly took off. In 1987, he made his first appearance on television as a member of CBS’s The Morning Show, where he co-hosted with Rolland Smith, Mariette Hartley, and Mark McEwen for a brief period. But it was later that year, when he was cast in the role of Danny Tanner on the show Full House, that he made his real breakthrough.

The show, which was later rebooted by Netflix under the title Fuller House and ran from 2016 to 2020, was a huge hit when it first aired and continues to be popular thanks to syndicated reruns. Saget began hosting America’s Funniest Home Videos, a.k.a. AFV, around the same time he was starring in Full House. He was the host for eight seasons, nearly a decade, until 1997, when he stepped down to pursue other opportunities. Saget was also working on an ABC made-for-television film called For Hope at the time, which he directed in honour of his late sister, Gay Saget, who died in 1993 from the rare disease scleroderma. The film starred Dana Delany and was released three years after her death in 1996.

Saget’s directing resume continued to grow in the late 1990s. In 1998, he began work on Dirty Work, his first feature film. The film, starring Norm Macdonald and Artie Lange, was a box office flop, but after Lange’s tenure on The Howard Stern Show from 2001 to 2009, it became a cult favourite. Saget, on the other hand, went on to star in another sitcom in the early 2000s, Raising Dad. The show, which starred Kat Dennings, Brie Larson, and Jerry Adler and premiered on the WB, was only one season long. Following the cancellation of the series, Saget recast himself as Ted Mosby, the narrator of the CBS sitcom How I Met Your Mother. From September 2005 to March 2014, the show aired for a total of nine seasons.

Following the late 2000s, Saget worked on a variety of projects. Among them were HBO’s Entourage, where he played a recurring role as a parody of himself from 2005 to 2010, and ABC’s Surviving Suburbia, where he co-starred with Cynthia Stevenson for one season. Saget reprised his role as Danny Tanner in Fuller House, the sequel series to Full House, in 2016. Following its series finale in 2020, Saget appeared on Fox’s popular singing show. He was the Squiggly Monster in season four of The Masked Singer, where he competed as him.

From 1987 to 1995, Bob Saget starred in all 192 episodes of Full House, which aired for eight seasons. Saget portrayed widowed father Danny Tanner in the series, who, with the help of his brother-in-law Jesse Katsopolis and best friend Joey Gladstone, raises his three daughters—eldest D.J., middle child Stephanie, and youngest Michelle—in his San Francisco home. While critics initially panned the ABC sitcom, it grew in popularity in the 1990s and has maintained renewed interest over the years thanks to syndicated reruns on NBC, TBS, Nick at Nite, CMT, and the Hallmark Channel, among others. In 2017, the series debuted on Hulu before moving to HBO Max in October 2021.

All of this success begs the question: how much did Danny Tanner on Full House pay Saget? Saget’s Full House salary has never been made public, but based on the salaries of some of his co-stars, we can get a rough idea of how much he must have made on the show. According to the Washington Post, when Full House first aired, Mary-Kate and Ashley Olsen, who played Michelle Tanner on the show, each earned $2,400 per episode. Their pay was eventually increased to $25,000 per episode, and then to $80,000 per episode later. This would have put their Full House salary for the final season, which had a total of 24 episodes, at around $1.9 million by the series’ conclusion. Given that the Olsen twins were the cast’s youngest members, it’s likely that their more experienced co-stars, such as Saget, made significantly more money on the show.

What was Bob Saget net worth?

Bob Saget was worth $50 million when he died in January 2022, according to Celebrity Net Worth. Saget’s fortune stems from his work as a stand-up comedian in the 1980s, as well as his family-friendly roles on shows like Full House and America’s Funniest Home Videos in the 1990s. Saget’s net worth was boosted later in life by his voice acting role as the narrator on the CBS sitcom How I Met Your Mother, as well as his comic roles on HBO’s Entourage and Fuller House, which aired from 2016 to 2020.