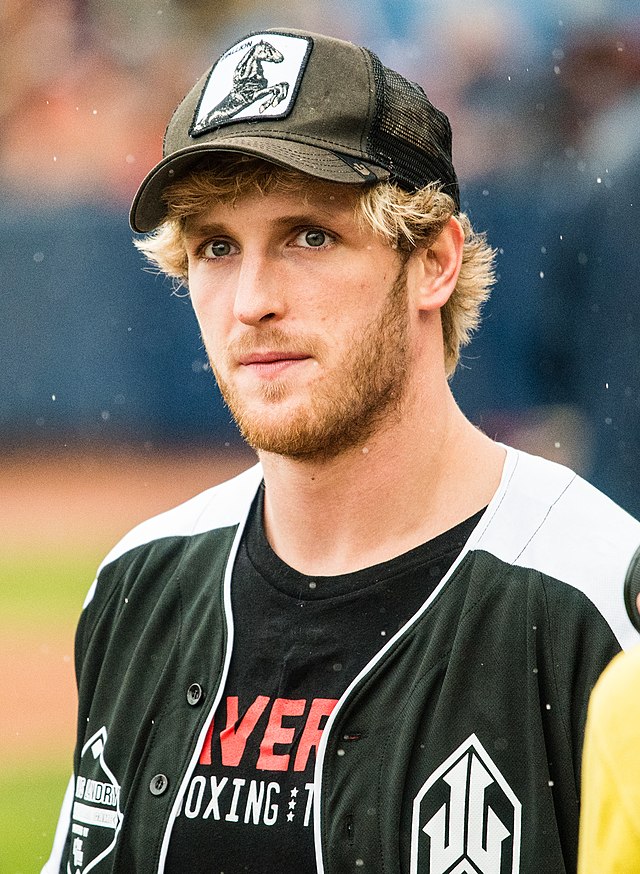 Logan Alexander Paul, popularly known as ‘Maverick,’ is a well-known 25-year-old YouTuber, Podcaster, and Actor who is seeking a professional boxing career.

The internet sensation was born in Ohio in 1995 and is Jake Paul’s older brother (who is also an online superstar-turned-boxer). His YouTube channel has almost 22 million subscribers, and he was ranked number 10 on Forbes’ list of the highest-paid YouTube stars in 2018. Logan was an all-star high school football player who also qualified for Ohio State University by placing sixth in the OHSAA state wrestling tournament in his senior year. He finally dropped out of college to focus on content production full-time. Logan, one of Vine’s initial superstars, rose to fame on the app before moving to YouTube after Vine was shut down in 2017. His prank videos, vlogs, and collaboration videos with other well-known YouTubers earned him international acclaim and a large following.

He also appeared in films such as Airplane Mode. His YouTube channel, ‘The Impaulsive,’ has over 2.8 million followers. So far, the Youtuber has only fought in two fights, one of which was professional combat. Olajide Olatunji, also known as KSI, was the opponent in both fights. The first fight, a white-collar exhibition bout billed as “the biggest online event in history,” ended in a tie. The second battle, which took place in September 2019 in Los Angeles and ended in a loss for Paul, was a professional match. As a result, his current bout record is a dismal 0-1. In February, he was supposed to meet Floyd Mayweather in an exhibition contest, but the fight has been postponed indefinitely owing to the Covid epidemic.

Logan Paul’s current net worth is believed to be $19 million, according to sources close to him. In addition to ad income, sponsorships, and his show, he makes money via YouTube. Paul is also said to earn $150,000 and $80,000 for every sponsored Facebook and Instagram post. Here are some of his key earnings, which have led him to be a multi-millionaire.

Logan Paul, ldogandjslice, TheOfficialLoganPaul, and IMPAULSIVE are among Maverick’s YouTube channels with a combined total of 26 million subscribers. He receives money from sponsors to insert short adverts or produce movies on various sorts of items in addition to ad revenue.

Along with this, he has special merchandise. Logan Paul also makes money through gear sales (named Maverick clothing) and has gone on public saying that he sold $3 million worth of stuff in three days. In his struggle against KSI, the 25-year-old reportedly made $900,000. Furthermore, his forthcoming battle with Mayweather will almost certainly net him a huge payday, adding to his already substantial profits.

Logan Paul resides in Encino, California’s San Fernando Valley, in a seven-bedroom French-style home. The property is said to be valued at $6.6 million. It has a wet bar, swimming pool, wine cellar, and a projector-equipped movie room. ‘The Maverick Home’ is a common moniker for the house.

Logan Paul is sponsored by a number of organisations in addition to his clothing line Maverick. Companies such as HBO, Hanes, Bic, Dunkin’ Donuts, Nike, Verizon, and Pepsi support him, according to Forbes, and he gets a lot of money by posting sponsored videos for them. We’re sure that there is way more than we have talked about, but for that just check his Instagram posts, he has a ton of endorsments on his official Instagram page.

Logan Paul’s annual earnings are unknown. Logan Paul does not have a set annual salary because his earnings are reliant on sponsorships and ad revenue. His earnings have all been over $10 million since 2016, with a stunning $35 million in 2021. Now, we’ve kept you waiting long enough. Who is between Logan and Jake Paul, wealthier? Logan Paul is now wealthier than Jake Paul as of January 2021. Jake Paul has a $30 million net worth, while Logan Paul has a $35 million net worth. There’s always a huge uproar about who is the better brother, better boxer, better YouTuber etc. We’ll let you make your own mind up about the brothers.